Walletpath’s survey reveals that although most American’s drive bigger – typically gas guzzling cars – and they’ll be driving hundreds of miles for vacation, gas prices weren’t on their radar when planning their summer vacation.

Summertime is known for usually driving up the price of gas (1), even amidst the current slump at the pumps thanks to rock bottom oil prices. But this year, a new study by Walletpath reveals that a majority of Americans aren’t planning their summer vacation according to the rising, but still relatively low gas prices.

The U.S. Energy Information Administration (2) predicts that this summer American drivers will pay an average of $2.04 per gallon of gas. That average is 59 cents/gal lower than last summer, and a 12 year low. So, despite a rise in gas prices from the record lows this January (when gas prices bottomed out at an average $1.996 per gallon), gas prices will remain relatively low this summer.

Walletpath was curious about how the projected low gas prices would affect Americans summer vacation plans, so they started by looking into how far they planned on driving this summer.

The survey revealed that a majority of drivers will be driving hundreds of miles to their summer vacation destinations this year:

But despite a majority of people traveling hundreds of miles to their summer vacations, 55 percent said low gas prices didn’t affect how far they’d drive for vacation this summer. That means Americans aren’t planning on traveling further this summer because gas prices are lower and could allow them too.

With a 12 year low for summer gas prices on the horizon, these numbers illustrate an indifference to the relatively low surge in gas prices. As Will Speer (3), Gasbuddy’s Fuel Price Senior Petroleum Analyst noted: “As the U.S. petroleum oversupply has lowered crude oil prices, motorists have grown accustom to the resulting lower gasoline and diesel prices.”

And the level of comfort American’s have for gas prices is further illustrated in Walletpath’s survey when they ask about vacation habits and plans.

What this means means is in the past, gas prices have deterred Americans from taking a summer vacation – something our country has already been struggling with. A Glassdoor (4) survey revealed that only half the country, 51 percent, take their eligible paid vacation and time off. The top factors workers cited for not taking vacation time was the concern that
no other employee could do the job, followed by a fear of getting behind. But the Walletpath survey reveals that Americans have also considered the costs that go into taking a vacation as a factor, including the price of gas.

Even though Americans are driving bigger cars, gas prices still weren’t a factor for their summer vacation plans

Walletpath was also curious about the kind of cars people are using to drive to their summer vacation destination. What they found is that:

So even with a majority of cars that aren’t typically energy efficient, most of the Americans polled didn’t consider gas prices to be a factor in choosing their summer vacation destination, or their choice to drive there. 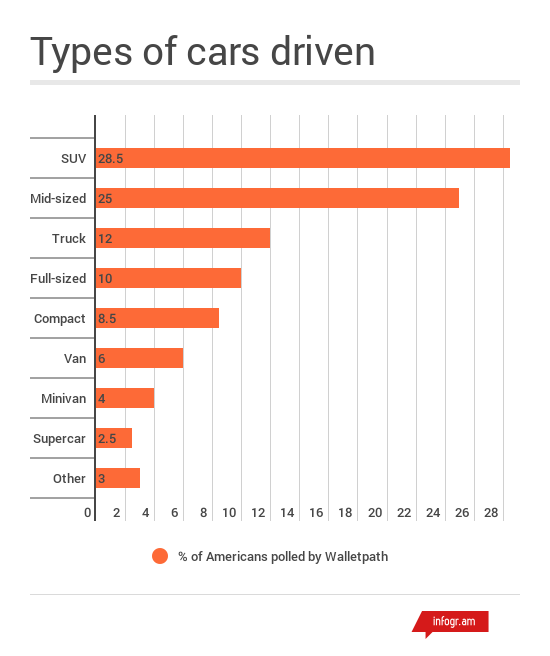 And the Walletpath data is in line with what the experts predicted for 2017, “Driving and car purchasing habits have been boosted by the low price environment, with more miles being driven with less efficient cars spelling higher demand for gasoline” noted Speer.

Now, we can’t say more miles are being driven this year than in years past when looking at the Walletpath survey, but we can say that a majority of Americans will be travelling hundreds of miles for summer vacation in 2017, and they’ll be doing it in energy inefficient cars like predicted by Gasbuddy, a leader in consumer advice.

Savings at the pump will still have an effect

When Walletpath asked surveyors if the money saved on gas during their vacation would be put back into their vacation, a majority 59.5 percent said they will use the savings to spend more money on other parts of their vacation. That surge in money could mean:

Which can all in turn can boost local economies and create jobs.

Walletpath conducted an 11-question survey to analyze consumer opinion concerning gas prices and summer travel. This survey was conducted online within the United States by PollFish on behalf of WalletPath from May 1-4, 2017. Survey participants were 18 years and older:

62 percent of participants were female, and 38% male.