There are tons of advice givers and wisdom providers out there. Regardless of what topic you seek help and guidance on, there is always someone within arm’s length who is eager to drop some knowledge on you. This surplus of advice is great, considering that years and years ago, you were limited to the advice of your grandmother and maybe the milkman who was for some reason very involved in your life and decision making processes.

Things haven’t changed much since those days (except the extinction of the milkman), and your grandmother is still going to try and give you advice on everything. A new avenue that has popped up in the last 10 years though is that of the internet forum –a global community of bloggers and self-proclaimed wisdom mongers. The advice these individuals put out isn’t always bad, in fact some can be pretty fantastic, but any advice you hear or receive from anyone should always be taken with a grain of salt –especially advice received from a stranger online that doesn’t know all the details of your personal life.

An article was posted onto a great PF website not too long ago by the very talented blogger Mary Parisi entitled “11 People On The ‘Good Money Advice’ That Turned Out To Be Bullsh*t”. In this blog post, Parisi writes about some of the most common nuggets of advice that are given to young folk about how to set themselves up financially, and the advice is given to them was handed out with good intent but more often than not –it lacked in execution.

Here are some of the most popular pieces of personal finance advice and why they are not as helpful as they were intended to be.

“Buy everything in bulk!”

We’ve all bought into the rumor that if you buy everything that is available on a shelf in a store in bulk, that it will end up saving you money. Sounds about right when you think about it, huh? You use paper towels all the time, so why don’t you just buy a bigger pack and decrease the amount of times you have to run back to the store to get more? Brilliant advice –but what about things you have to buy that don’t have a shelf life of longer than a week?

When you buy food in bulk, it makes sense to buy A LOT only if you are trying to feed an entire family for longer than a weekend, but what about if it’s just you and your S.O., or just you and your cat (which can also count as your S.O.)?

A lot of the advice that is thrown our way by wisdom givers is often not adapted to fit different situations, and when you are just starting out fresh with your own personal finances, how are you supposed to know how to make what works best for you as compared to your grandmother’s situation? She was trying to feed and stock up for a family of like, 12, and you are just trying to feed and stock up for yourself.

Buying in bulk when it’s just you? Consider passing when it comes to perishables. It’l save you from wasting money on items that spoil before you get to use them, which happens faster than you think.

“Get a job with a big paycheck and benefits as soon as possible.” A conversation about possible futures between you and an older advice-giver might go along the lines of “Just get a job with a paycheck and benefits. As long as you have those two things for yourself, you’ll be happy. You can get by by making your real passions into hobbies for the weekends.” They probably shared that message with you a little less bluntly, but it goes something like that.

Yes, a PHAT paycheck (as in, Pretty Hot And Tempting) is something that is amazing and usually unignorable, but if it means that you have to dive into mind-numbing and soul-killing labor that you don’t care about all day every day, then is that paycheck worth it?

Benefits are also great, but not an end-all when it comes to job options. Sometimes the pay might be so high for a job that doesn’t offer benefits, that you can pick up the insurance to cover the benefits yourself. Is it as easy as picking up a job with a tall paycheck and benefits already included? No, I’ll be honest. But don’t waste your time on a career that you are going to hate. Better to take a gig doing what you at least mildly enjoy that compensates less than a gig that you abhor but still funds you. At least, don’t stay there for too long or you’ll get stuck.

“Always put at least 1/3 of your paychecks into savings.” 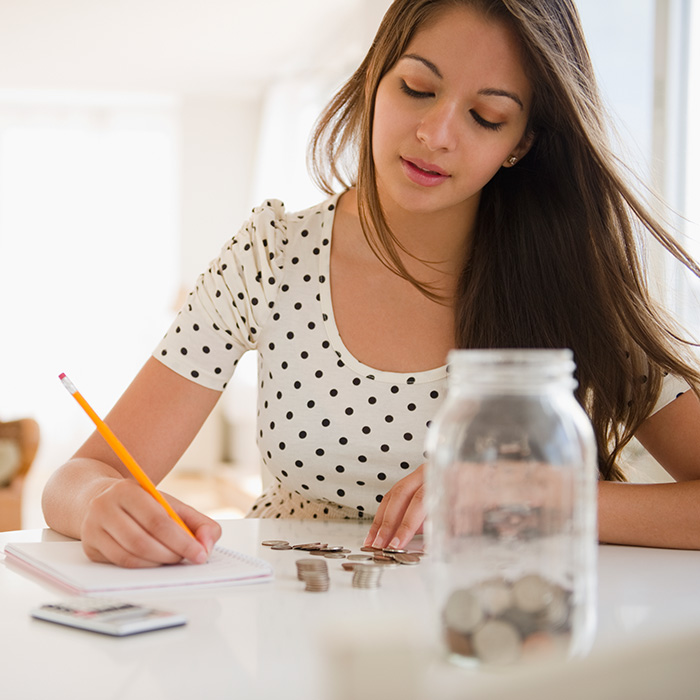 Parisi brought up a great point on this one. She interviewed a lot of young people for the piece who were just getting started on managing their own personal finances and the horrible advice that they blindly were given, and this one in particular is a really common one.

This was a response from reader “Meagan”, and she said that she was told to put one-third (1/3) of whatever she earned and put it directly into her savings account. Good advice as it stands right? It makes since, especially if you are saving for a big purchase or number goal that you want to get to. But what about the people that don’t make that much, and one-third is actually a pretty huge chunk of their income?

When you first started working, chances are that you didn’t hit the ground running with a salary of six figures. If you did, I don’t think we can be friends, but I’m putting my money on the thought that you didn’t. When you are pulling down minimum wage earnings on every pay cycle, one-third is a hefty portion, and that doesn’t leave you with much fun money –if at all. The remaining two-thirds goes straight to necessities and leaves little room to treat yo’self (I’m a firm believer in treating oneself every now and then).

Responder “Morgan” wrote about how after she continued to deposit her one-third away, she was living a really “low quality life”, and overall, things pretty much sucked as far as fun. She decided to alter that rule of one-thirds (or whatever fractions you want to apply) and alter it. She wrapped up by saying “Sometimes you’re just not getting paid enough to focus that heavily on savings.”

Do what fits your own situation, people. Personal finance is not a blanket set of rules. The definition is in the title: its personal.

Unless you have scholarships on top of scholarships and even then also have a massive inheritance that you are soon to be in control of –you might want to stay away from student loans. Unless you have a plan to knock it down and out rather quickly, it can really stall your entire life.

Responder “Sam” talked about his experience on how everyone he talked to about going the student loan route made it seem like it was as normal as putting cheese on a sandwich. What he wasn’t told early on about attending a private university states away from his home is that his education would be about the same if he stood local and attended a university that was much cheaper. Millions of student remorse stories are identical to “Sam’s”. It’s no secret that college is crazy expensive, and masking the monster that is “student loans” is something that can officially sink a huge part of your future down the drain.

“Open up a credit card as soon as you can because you can start building good credit!” When you are young, the first thing you want to do is be seen as older, and when you start earning money, you want a credit card.

Responder “Kayla” wrote about how she was told by everybody that she needed to get to work on her credit score as soon as possible. So as soon as she could, she got a credit card, and of course had no idea how to use it. Everybody was quick to talk and tell her to get one, but no one shared how to wisely use it. Interest, balance carryovers that wound up costing her more every month, knowing usable credit ratios… she had no clue how to use it “properly”. And how could she? She was only 18.

I have heard many advice givers sing the praises of the credit card and how everyone needs one as soon as possible. A card can be a huge help, but no, it’s not for everyone, especially for those who don’t know what it can do. When it comes to managing money responsibly, a debit card can be enough, or even just straight cash. A credit card can be a parachute in case of emergencies, but a necessity for an 18 year-old or individual just getting started in the world of personal finance –probably not.